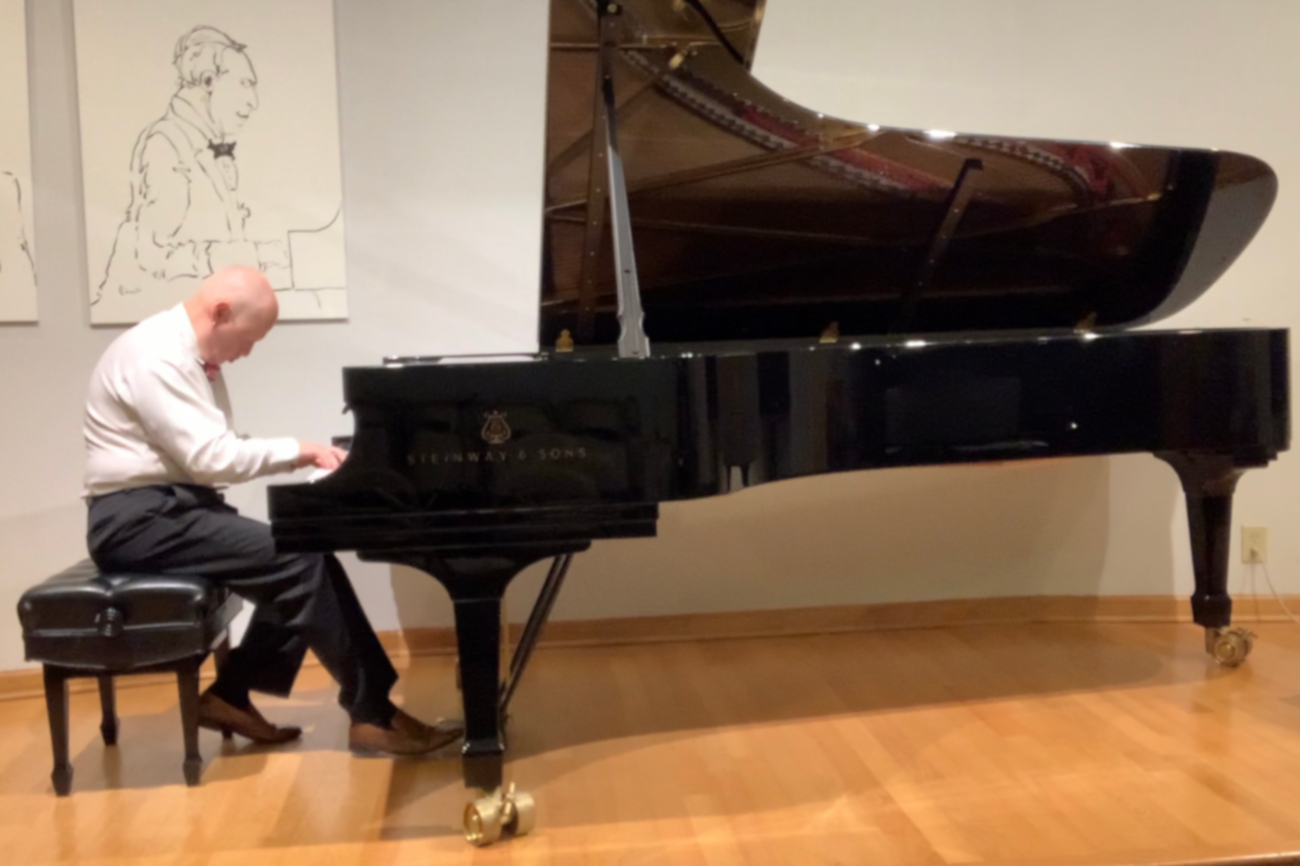 Misha V. Stefanuk is a prolific jazz and classical pianist and composer with over a hundred TV credits, ranging from Good Morning America to One Life to Live.
His fun and easy personality have led his piano studio to thrive since 1986 when he first started teaching in his native Moscow.
Misha's students include numerous first-place winners for the Georgia Reflections Composition Competition, Chopin's Young Artist Competition and Duguesne Young Artist Competition, and a finalist in NAACP ACT-SO competition.
Mr. Stefanuk is also an experienced adjudicator, having judged the Chopin Young Artist Piano Competition, National Federation of Music Clubs and various local auditions.

Misha has published over 25 books on music and piano - five of them ended on best-sellers list, with "100 Easy Piano Classics" reaching #1 on sheetmusicplus.com and "Jazz Piano Chords" being Mel Bay Publications #1 best-seller for 12 years.
He has written music for over a hundred TV shows, including music used on One Life To Live and All My Children on ABC; Chris Isaak Show on Showtime; Passions on NBC; and First Monday on CBS. His music was also featured on Good Morning America on ABC, and he was featured as on-screen organist on Constantine on NBC.